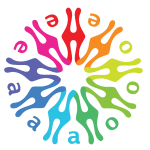 Hi folks, well just a week after the first Nexus Gathering and I for one am still buzzing! haha

What an amazing gathering of like-minded folk, simply existing and enjoying the space to just be.

Breathing in deep and breathing out long.

It would be amazing if any of you would wish to submit suggestions of what we could do differently, additionally, better... 🙂

straw bale urinals! odour free and easily compostable. That 'men's watering hole' was ming balls and didn't really make much use of what is a permaculture resource. Oh, and no draining of the reed beds at seven thirty am. I was probably already awake and around the fire or else i'd have been miffed.

This is going to apply even more aptly for Nexus2019 🙂

These came in moments ago via Anonymous 🙂

First of all very well done to alll involved putting this festival together, it is very much appreciated...

The bunkhouse was very well equipped but I felt less connection with the tribe than when camping, so I would probably camp next time. My fave venue so far has been Cabourne Parva (just saying!)

I think including comedy performers was a great idea but maybe they could be more broken up, like a 'cabaret' format including a variety of kinds of acts i.e. poets, musicians, storytellers, magicians etc.

I also think (and I'm not alone in this) performers could be more carefully chosen for a positive and inclusive attitude, reflecting (or asked to align with) the festival's values of connection, trust, love, positivity, openness, sharing and spirituality.

Maybe a mission statement reflecting these values could be drawn up, if not already in existence.

Including more laughter yoga workshops, to maintain connection with valued friends in that scene and increase awareness of it.

More talks but also group discussions could be very exciting, rather than one-way inputs.